The potential impact of country-level migration networks on HIV epidemics in sub-Saharan Africa: the case of Botswana

Generalised HIV epidemics in sub-Saharan Africa show substantial geographical variation in prevalence, which is considered when designing epidemic control strategies. We hypothesise that the migratory behaviour of the general population of countries in sub-Saharan Africa could have a substantial effect on HIV epidemics and challenge the elimination effort. To test this hypothesis, we used census data from 2017 to identify, construct, and visualise the migration network of the population of Botswana, which has one of the most severe HIV epidemics worldwide. We found that, over 12 months, approximately 14% of the population moved their residency from one district to another. Four types of migration occurred: urban-to-urban, rural-to-urban, urban-to-rural, and rural-to-rural. Migration is leading to a marked geographical redistribution of the population, causing high rates of population turnover in some areas, and further concentrating the population in urban areas. The migration network could potentially be having a substantial effect on the HIV epidemic of Botswana: changing the location of high-transmission areas, generating cross-country transmission corridors, creating source–sink dynamics, and undermining control strategies. Large-scale migration networks could present a considerable challenge to eliminating HIV in Botswana and in other countries in sub-Saharan Africa, and should be considered when designing epidemic control strategies. 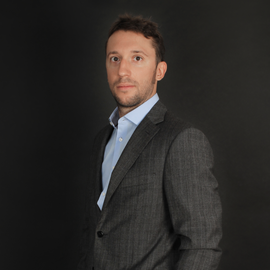